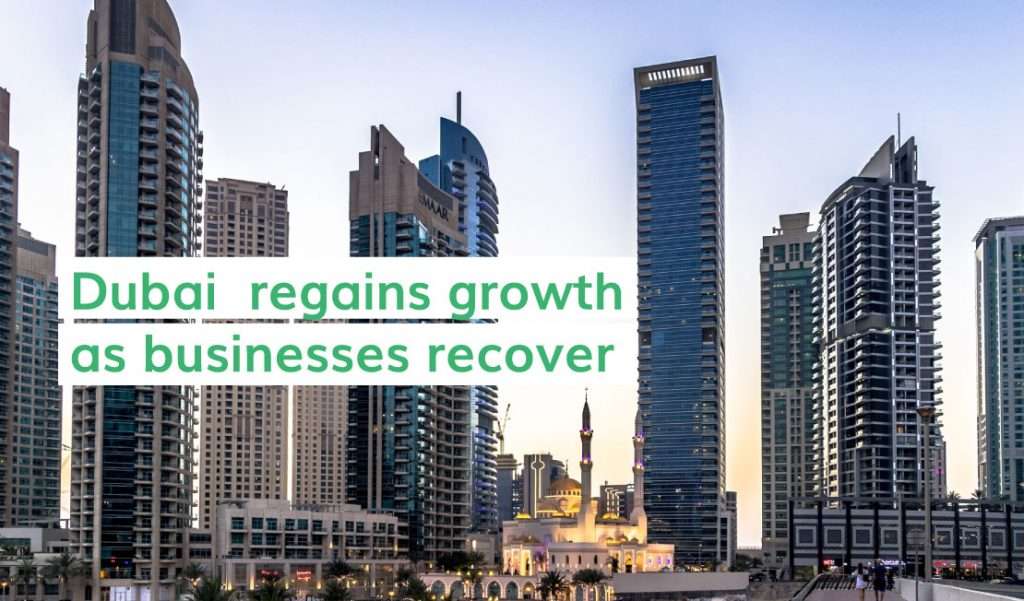 The year of 2020 ended on a good note for the Dubai economy as the business activities are back on track from the horror of the global pandemic, according to the market research for December. The IHS Markit Dubai Purchasing Index survey report suggests that even with the economic growth and active businesses taking place the employment rate is still falling.

The PMI index which considers the individual diffusion indices that measure the change in the output, new orders, employment, suppliers’ delivery time and stocks of purchased goods went up to 51.0 from the no-change mark of 50.0 in December. This shows a moderate expansion in the non-oil economy of Dubai for the first time in the past three months.

The survey that publishes data on other sectors such as travel and tourism, wholesale and retail and construction apart from the Dubai’s non-oil private sector economy mentioned a weak cost pressures in December, which is yet to drop the selling prices in the future, but at a slower rate.

Business analysts stated that, with the reopening of the borders with Qatar after three and a half years, Dubai will be the most benefited as it can open new opportunities for cross border trade, re-exports, aviation, hospitality and tourism as these are the Emirate’s strongest pillars.

The economist at the IHS, David Owen said the recent improvements have brought in a positive effect to non-oil sector of Dubai during the past month. He added that the 51.0, the index showcased only a slight expansion on the Dubai’s economy, as the unemployment rate is still on the rise and due to the lower stock of purchases and shorter delivery times.

“Looking ahead, firms continued to present a highly subdued outlook for business activity in December, despite some confidence that the confirmed effectiveness of Covid-19 vaccines should help a global economic recovery in 2021. Businesses noted that the after-effects of the pandemic will continue to be felt across the non-oil sector, particularly as hiring remains weak and containment measures continue to stem export demand,” said Owen.

As per the forecast by the Dubai Economy, weeks before the reopening of the borders to Qatar, Dubai is said to have a growth of 4% in the coming years as the government came up with strong policy measures to withstand the effects of the pandemic. The economic reforms by the government is said to contract the economic decline by 6.2% from 10.8%, that took place during the mid of 2020.

“Dubai is a bright example of an economy that has succeeded in protecting lives and securing livelihoods by limiting the impact of the Covid-19 pandemic,” said Sami Al Qamzi, director-general of Dubai Economy. The initiatives by the government in the past year and those are yet to come and the Expo 2020 that is scheduled to be held in 2021 will surely help in the investment inflow and will open up new employment opportunities in the coming years.

As the non-oil firms in Dubai curtailed the output midway through the final quarter, a sharp rise in the business activities in December was seen in the PMI. This was the quickest rate of expansion in the past year.

Even though other sectors such as travel and tourism and construction saw a slight rise in expansion, it was the wholesale and retail sector that actually witnessed the quickest growth, according to the report. Even as the client demand went up it failed to increase the hiring activity and the rate of unemployment rose slightly since November.

One trend that came up in December was that the companies in Dubai continued to lower their inventories of inputs but that did not affect much on the decline rate.