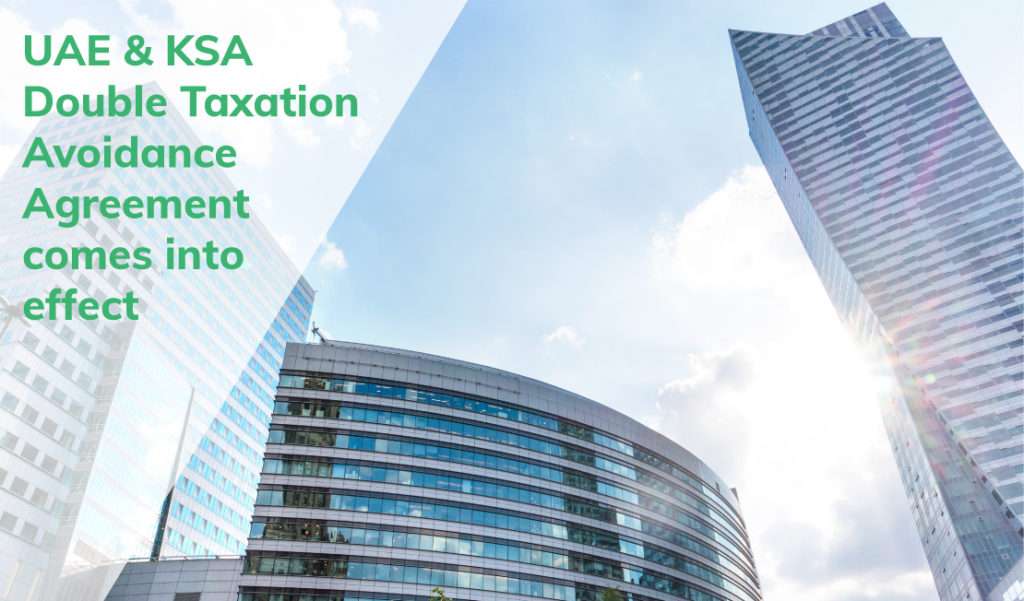 Nearly a year after signing the double taxation avoidance agreement between UAE and KSA, it has come into effect now. The agreement marks the first of its kind between two GCC countries and it is expected to be beneficial to individuals and corporates of both the nations.

The treaty will result in a boost in bilateral trade and economic ties and it will also ease the two-way investment flow between KSA and UAE.

The agreement sees to it that no withholding tax will be charged on interest and service fees and it also provides a cutback on the withholding tax rate on royalty payments. But, transfer of shares or immovable property will attract non-resident taxation.

Even foreign national residents can make use of the provisions under the agreement, as it is not limited to just the natives of these countries. The double taxation treaty covers individuals who are responsible to pay tax by reason of domicile, residence, place of incorporation or place of management,  corporate entities, sovereign wealth funds and similar government entities and other individuals exempted from tax due to reasons such as religious, educational, charitable or scientific.

The agreement specifies that if business activities are carried out through a permanent establishment, then a company does not have to pay tax on profits in the other contracting state.

According to Younis Haji Al Khoori, under-secretary of the Ministry of Finance, “The agreement will contribute to a more flexible investment climate that will underscore the country’s position as a key destination for Saudi investments. It represents a qualitative leap forward in terms of the framework of financial, economic and tax cooperation between GCC countries,” said Al Khoori.

“These agreements contribute to the elimination of double taxation, facilitate cross-border trade and investment flows, and provide protection to taxpayers from direct and indirect double taxation. This in turn enhances the country’s investment climate and makes it more attractive as a destination for foreign investment,” he added.